July 23, 1931 – November 7, 2022
In loving memory ~
It is with great sadness that we share the loss of our beloved husband, father, and grandfather, Joseph (Joey) Allan Romano. Joseph went home to be with the Lord on the afternoon of November 7, 2022, he passed peacefully with his loving wife of 68 years, Dorothy, by his side.
Joseph was born in the Creston Valley, July 23, 1931, to Joseph and Thressa Romano and was the fourth born of eleven children. He then met and married the love of his life Dorothy on June 30, 1955, with whom he had five children. Joseph lived his entire life in the Creston Valley. He loved Creston, the scenery, the people and community, his family, and many many friends. He also very much enjoyed his time on his beloved property where he could sit by the river in the morning sipping his coffee or sit out in the evening playing a game of crib or just enjoying a glass of wine by the fire with family and friends. He was passionate about growing his precious pole Romano beans. Joseph was the most generous host whose door was always open for all to enjoy his amazing cooking, hospitality, and fabulous humor.
In his younger years he was an avid bowler and fly fisherman. During his off time his wife and kids were a top priority with many fond memories of family time, including camping, fly fishing, skating on the river and just getting together every night for family dinners. Joseph was very social and very active in community and spent many hours donating his time cooking spaghetti and meatballs for the heart fund, hockey fundraisers, weddings, and many other community events.
Joseph was a hard worker who provided well for his family with many dedicated years of work for BC Hydro and later provincial highways department until his retirement at the age of 65. He loved his family deeply and was deeply loved by his entire family.
Joseph was predeceased by his beloved sons, Darrell and Dana Romano, parents Joe and Thressa Romano, brothers Lawrence, Gary, Roy and Bob Romano, sisters Gloria Jackman, Bev Hawkins, Lorraine Kofoed, and Gail Kofoed.
Joseph is survived by his loving wife Dorothy Romano (nee Zado), daughters Marla (Gordie) Brummund, Michele (Daniel) Kropinak, and Leanna Romano, daughter-in-law Jayne Romano, ten grandchildren Jason Brummund, Kyle Brummund, Tamara Brummund, Dannica Samuel, Chelsey Huscroft, Blair Romano, Ashley Romano, Drew Romano, Amie, Romano, Kaiden Romano, fifteen great grandchildren, brother Mervin Romano, sister Sharon Williams, as well as many nieces and nephews.
A Memorial Service will be held at a later date. In lieu of flowers, friends wishing to make a memorial contribution may do so to Operation Smile, 375 University Ave, Toronto, ON M5G 2J5. 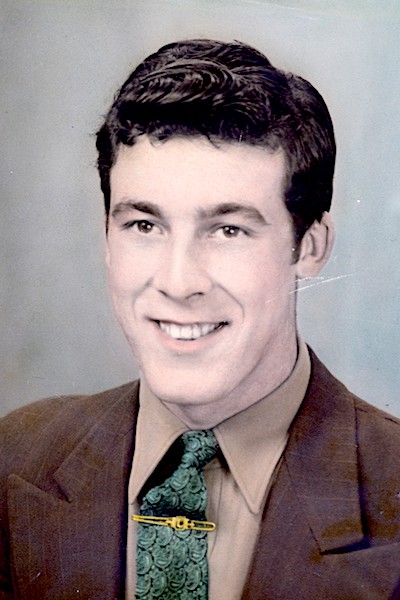